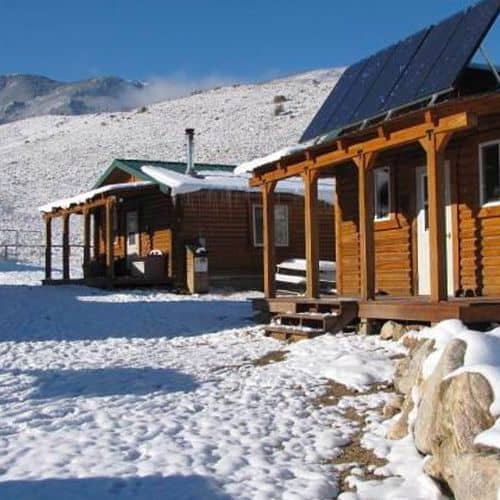 I was sent to Trinity after a ten-day stay in a psychiatric ward. I had never done any drugs or even had my first kiss. I went there as a result of suicidal ideations spurred by years of feeling trapped and isolated in my own home. I think for my parents though, it was a last-ditch attempt to get me to stop downloading Snapchat, swearing on the app with my friends, and talking about maybe someday having sex with my boyfriend.

My time at Trinity was brief but had my family not decided to move cross-country and allow me to leave so I could see my home one more time, I believe I would have been at Trinity for much, much longer. I was strip-searched upon admission and I still remember the emotionless eyes of the staff member who told me to take off all of my clothes; the “squat and cough” is among the most humiliating things I have ever gone through, especially having never been seen naked before that. Every time I use the bathroom, I remember the time a staff member made a joke to me about how low I pull down my pants when I use the bathroom.

I remember self-harming one night using my fingernail and being terrified that they knew and that I would be kept for months longer, even though it was in the dark in the middle of the night. For days I considered coming clean just so that they would be proud of me for being honest. I remember being told I wasn’t trying and it was clear I didn’t care while I threw myself wholeheartedly into everything that was asked of me.

I remember being in a bad mood after a girl came back from a family visit and being told to stop feeling sorry for myself and to knock off the attitude while in front of everyone. Or the time one girl attacked another right behind me and was tackled by a staff member. Or the girl that ran away in the middle of the night.

Trinity also completely mishandled my accidental admission to being sexually abused. Rather than receiving counseling of any sort, I was forced to tell my parents over a phone call, talk to the police, and was told that it must have been “childhood curiosity,” which is what I told the police to make the whole thing go away so my family might stop hating me.

I have a thousand other minuscule events that flash in front of my eyes every single day. Although Trinity made some changes the year before I was admitted, they would tell us everything they used to do. This made me feel like I was lucky, and that minimized and excused, to me at that time, anything they were doing to us. I will never forget being brainwashed into thinking that I was a selfish manipulative person, I believe it to this day.

Within months of leaving Trinity, I lost my virginity, tried marijuana, and ended up in another psychiatric hospital. After being removed from my home this last year I have shown no signs of suicidal ideations. I am not mentally il