Every year, thousands of children are sent against their will – often ripped out of their beds in the middle of the night by strangers – to private facilities to be treated for various mental illnesses, addiction issues, and perceived behavioral problems. Due to inconsistencies in the definition of what a therapeutic program is and a lack of regulatory oversight, the exact number of these centers and children in them is not known but it is estimated that there is over 120,000+ children kept in over 5,000+ centers around the United States and abroad. This is collectively known as the “Troubled Teen Industry.”

What is the Troubled Teen Industry (TTI)?

These programs market themselves to parents, therapists, state and judicial agencies, and insurance companies as providers of therapeutic treatment for almost every problem. These programs will often claim to treat or be experts in an impossibly diverse and broad myriad of mental health diagnoses and behavioral issues. In the absence of a mental health diagnosis, the programs will often attempt to pathologize normal teenage behavior such as talking back, breaking rules at home, internet addiction, normal sexuality, homosexuality, etc, and treat teenagerhood as a problem that needs to be solved. 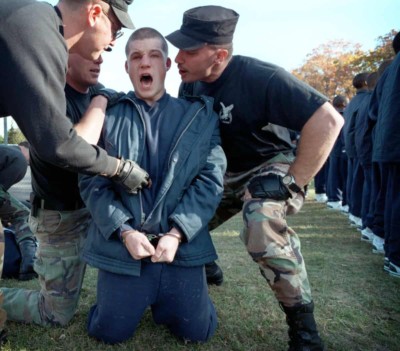 Many programs utilize marketing tactics that are remarkably similar to multi-level marketing schemes with an emphasis on keeping children in the programs as long as possible or referring as many new clients as possible. Some of the tactics we have seen include: 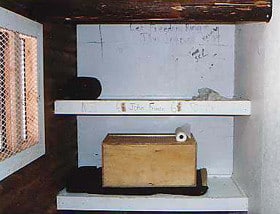 Due to these incentives, the focus is not on outcomes but instead on how many children can be sent to the program and how long they can be kept there.

The cost of these programs ranges from $5,000-30,000 a month with an indefinite internment timeframe. While one would expect these prices from an Ivy League school, the problem is far from one that affects only those who can afford the price tag. The TTI is able to prey on disadvantaged youth by tapping into public funds and housing migrant children, children from foster care systems, juvenile justice children, and special education/IEP children.

To transport the child to the program against their will, these programs will often recommend youth escort services or “legal kidnapping.” These services are controversial as there is little or no government regulation over them and the act itself can be traumatic to children. Children are often forcefully seized, handcuffed, and transported from their beds in the middle of the night by strangers. In many cases, these methods have resulted in permanent trauma for the child.

Instead of delivering evidence-based treatment, many of these programs deliver a mix of maltreatment such as physical, verbal, and sexual abuse, isolation, forced hard labor, chemical sedation, sleep and food deprivation, attack therapy, aversion therapy, etc. This abuse is further compounded by the program’s function as a “total institution” where the students live under the authority of the program, have contact restricted to the outside world, and are forbidden to freely leave the programs for months to years.

Upon arrival to the programs, the child is further traumatized as part of the intake process by having their belongings immediately taken. This is often followed by a forced strip-search and/or cavity. After this initial intake process, the child is transferred to the group living quarters where they initially have no privileges.

Most programs utilize antiqued points and levels-based systems that force the child to earn basic privileges. These systems are often punitive “tough love” approaches and attempt to correct behavior instead of treating mental health issues or working through trauma. Regardless of diagnosis, children are expected to adhere to the same set of stringent rules or be harshly punished. Some of the punishments and abuses that have been reported in TTI programs (Troubled Teen Industry programs) include but are not limited to the following:

While program deaths are not officially tracked by a single authority, we have been able to find records of over 350+ children who have died while in these facilities. Thousands more have passed due to suicide completion after their time in the programs.

For years, thousands of survivors have come forward and spoken out about the abuses they received or witnessed while interned in programs.

It is time to believe the survivors.

It is time to take action.


Unsilenced Project, Inc. (“Unsilenced”) is a California nonprofit public benefit corporation (Federal Tax ID: 87-4398897) by the IRS with federal tax-exempt status as a public charity under Section 501(c)(3). Contributions to Unsilenced are tax-deductible to the fullest extent of the law.