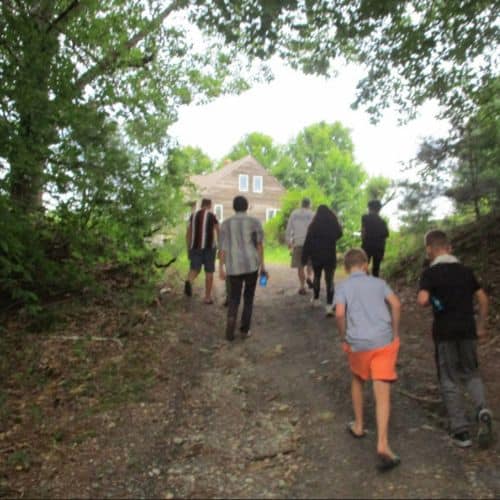 So my parents sent me to a Wilderness program that claims it’s duration to be a year. It’s for troubled kids or parents who just don’t want to deal with their kids problems. I got sent there to ‘teach me a lesson’ and ‘prove how spoiled I am and how tough life can get’. I had heard good things and was like sure why not. I got placed in a dorm with 15 other girls but the program took around 120 kids each intake. The dorms were made out of wood, no insulation and we had to chop wood for hot water so many kids just went days and sometimes weeks without showering cuz the chopped wood only lasted 2 showers and the cold water could legit give you hypothermia. 2 showers to every 20 kids. We were forced to hike 3-5 days of the week and weren’t given basic nutrition, sanitation and health care. I hiked 3 days with a snapped Achilles and was told I was faking and needed to I QUOTE ‘toughen the fuck up’. The Achilles problem later caused me to have surgery.

It was so tough living with other girls and people who bullied the fuck outta you if you weren’t likeable or the slightest bit different. Staff didn’t care and allowed there to be such an evident hierarchy. We had to do a fully cabin clean each week that lasted around a day. If there was even a tiny bit of dust or dirt after the clean up, we would be woken at 4am the next day to do it all again OR be forced to stand out on the dirt road at night in 0 degree Celsius weather for up to 5 hrs without sleep or warmth. I started self harming and restrictive eating and when I told a staff member, I was ‘tented’ for 2 weeks where I slept in a tent with a thin sleeping bag out in a field and woken at 5am to run 5km each day and wasn’t allowed to socialize or talk to anyone to ‘burn the mental problems out of me’. We wrote letters to our parents and received letters once a week. If they didn’t like what was written, it would be confiscated and burnt and they read and opened all our letters and parcels so we didn’t have any privacy. My best friend is gay and he was sexually assaulted by his dorm mates multiple times and humiliated on purpose and staff did nothing to help him. My parents finally removed me from the program and we had to sign an agreement not to speak up about my experience and they gave all our money back that we paid for the year long program. 3 kids have committed suicide at the camp but no one in actual civilization knows about it.

I have severe mental issues from the program and have developed anorexia, depression, anxiety, self harm problems, PTSD and night terrors. I was admitted to a psychiatric ward for anorexia and self harm issues for 3 months and have received ongoing therapy. I will never be the same again. Save