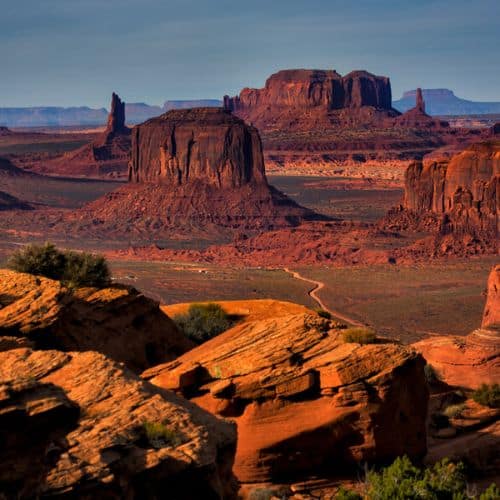 I was sent to a week-long internment when I was 14 years old. We were told we could only bring what would fit in a 40lb backpack and a sleeping bag. We were not told the nights would be freezing and to bring appropriate coats, boots, and clothes for those temperatures. We met in a parking lot and were immediately treated like criminals.

There were boys and girls, ranging from 13 to 18 years old. Some of the kids were clearly very troubled, aggressive, scared, crying. The counselors condescended to us, ordered us onto a school bus, gave us the rules, and told us we were only a job to them, not to expect kindness. We were taken to a remote canyon in Utah, our backpacks were searched when we arrived and the counselors confiscated ANYTHING they deemed inappropriate.

There was a thunderstorm happening and we were given a blue tarp per each four kids, some iodine tablets to purify whatever water we might find, and told to start hiking, even though the sun was almost set. We walked in the dark for hours, in the rain and lightning, terrified, and getting yelled at whenever we fell behind. We finally found a tree to throw the tarps over, and huddled under it the rest of the night, with nothing to eat and nowhere to go to the bathroom. The next week was a nightmare. We hiked from sunup to sundown, very little food, very little water, constantly being degraded and yelled at by the counselors. Some of the kids had to sleep next to the counselors, pinned down, so they would know if the kids were trying to run away, or vomiting, or having sex with each other. We were forced to rappel down the side of a cliff face one day, and a lot of the kids were terrified.

The counselors didn’t know how to use the rappel equipment, and we were all scared of falling. When kids would panic and freeze up, the counselors would degrade them, name call, threaten to withhold food if they didn’t get moving. The counselors watched all of us use the bathroom. There was no female counselor for girls, and male counselor for boys, it was whoever was available. The male counselors stared at you the whole time. Two of the girls, me included, had their period that week and the male counselor would watch us change our tampons. One girl couldn’t get hers out and the guy was telling her to just push it out, hurry up, quit making such a big deal of it.

I had a panic attack one day while hiking and lost my hat. I started back a few steps, I thought I knew where it was. A male counselor came after me fast, grabbed me by the ponytail, and yanked me off my feet to stop me. I started to cry and he shoved me down onto a rock really hard, and yelled in my face about being a baby, that I was weak, and everyone there hated me. He said no wonder your parents don’t want you around and maybe it would be better if I didn’t make it home this week. We were hungry all the time, and every morning one of the counselors would get out a package of chocolate granola bars, put