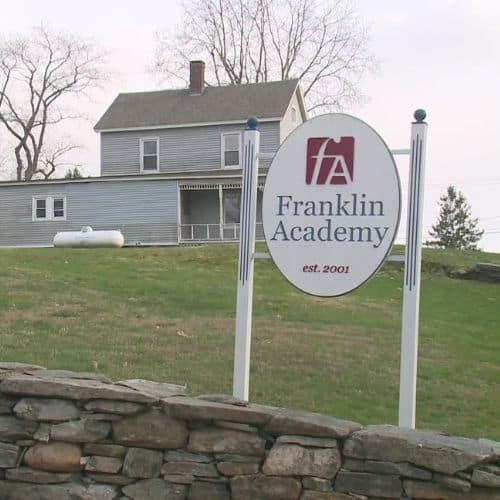 I was at Franklin Academy in East Haddam from April of 2018 to June of 2019. I went because I had to leave another school for complicated reasons. At first, I liked it because I was just in a wilderness program for two months. It also felt better in my first few months.

Later on, I grew disillusioned. First off, the school is very expensive. It doesn’t cost almost as much or just as much as Ivy Leagues… it costs more. If you look up the most expensive colleges in America, Franklin would be #1 or #2 if it was a college. This would be okay if it was as helpful as they advertised. To start off, the academics are poor. The teachers talk to students like they are children. Sometimes they don’t even teach them, just discuss games and TV shows. I remember chemistry classes where half the class, was spent arguing about Fortnite. In humanities class, we had to watch a Netflix series called ‘Dark’ and discuss character lines like it was a Shakespeare play. I liked the show, but it felt unacademic. There are no letter grades, only E, S, NI, and U. Many of the grades are also false. Teachers have repeatedly recanted their own reports about students such as myself. I was a good grade student before at public and private schools, earning only A’s and B’s. Then at Franklin, the grades corresponded to C’s and D’s. This made absolutely no sense and even my parents didn’t believe them. It was too little too late. We got all the grades off my record and that severely delayed my high school graduation.

Another thing is that the staff misbehave themselves. The learning specialist told me that students in my